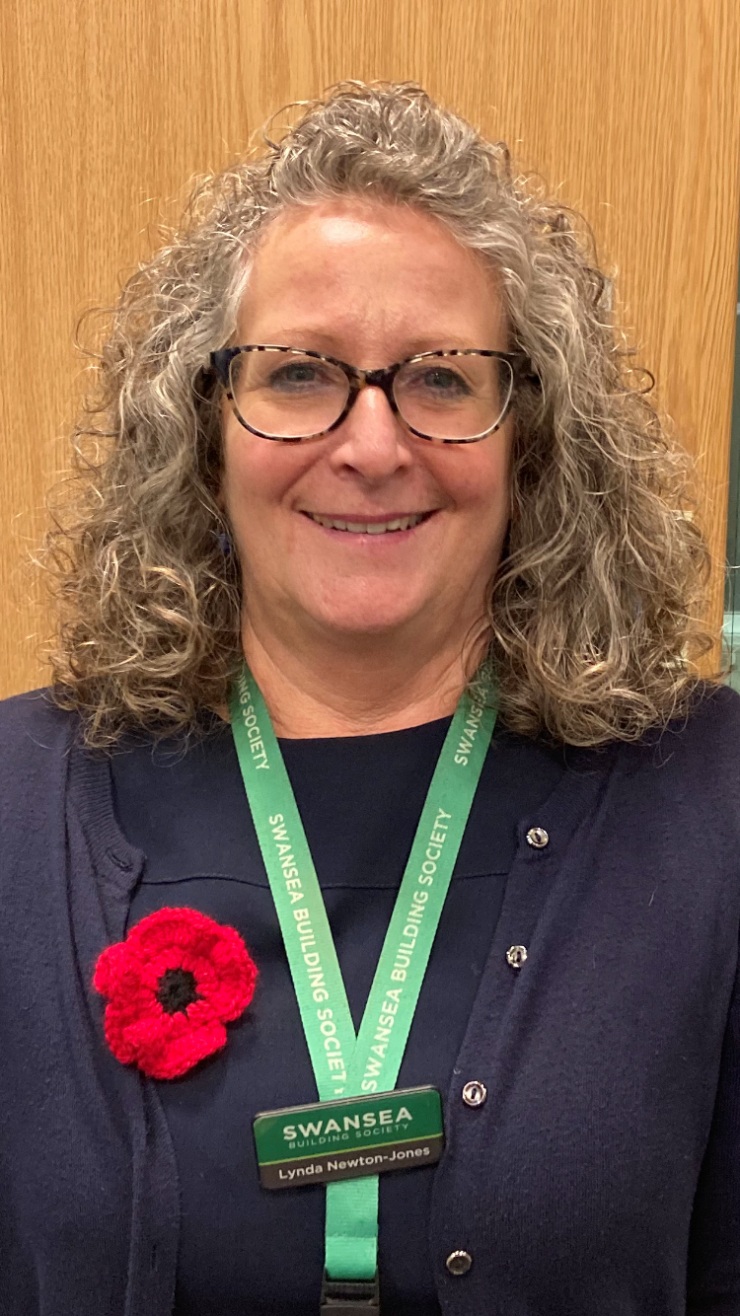 The Royal British Legion has welcomed a substantial donation of more than £1,000 from Swansea Building Society – funds it said are much-needed due to the way in which the coronavirus pandemic has limited many forms of fundraising.

The money was raised thanks to the tireless efforts of Lynda Jones, a cashier at Swansea Building Society, who raised £535.50 by making and selling poppies in the run up to Remembrance Sunday. Following match funding from the Society, the final cheque for £1,071 was written for the charity.

The Royal British Legion is a charity that provides financial, social and emotional support to members and veterans of the British Armed Forces, their families and dependants. With UK charitable donations falling during lockdown, a donation such as this has been greatly appreciated by this important charity.

Swansea Building Society, with branch offices in Swansea, Mumbles, Carmarthen and Cowbridge, has seen the fund-raising activities staff had planned for 2020 either cancelled or postponed due to COVID-19. However, Lynda refused to let anything stand in her way and spent months making poppies before selling them while observing social distancing guidelines in the run up to Remembrance Sunday.

“These have been tough times for charities in particular and it is great to see one of our staff go the extra mile to raise money for such an important charity on such a significant day. As such, we were delighted to be able to match fund Lynda’s efforts to make an even more substantial donation.”

“It’s a great privilege to be able to support The Royal British Legion – particularly in light of the pandemic and the drop in donations to the charitable sector. I am very proud of the hard work and dedication of our staff despite difficult circumstances and Lynda epitomises those efforts.”

Posted by Swansea Building Society, Sep 23, 2021
We have recently undergone a brand refresh with an updated logo and a new-look website as part of our continuing ...

Posted by Swansea Building Society, Jan 25, 2022
We are delighted to be able to match-fund the donations given to this year’s Llanelli Rotary Club Christmas appeal; an ...

Our £2K donation will help keep beachgoers safe this summer

Posted by Swansea Building Society, Jun 01, 2022
We are delighted to be able to donate £2,000 to local beach lifeguard clubs, Mumbles Lifeguard Club (MLC) and Langland ...