We mark our £500m milestone by donating to foodbanks 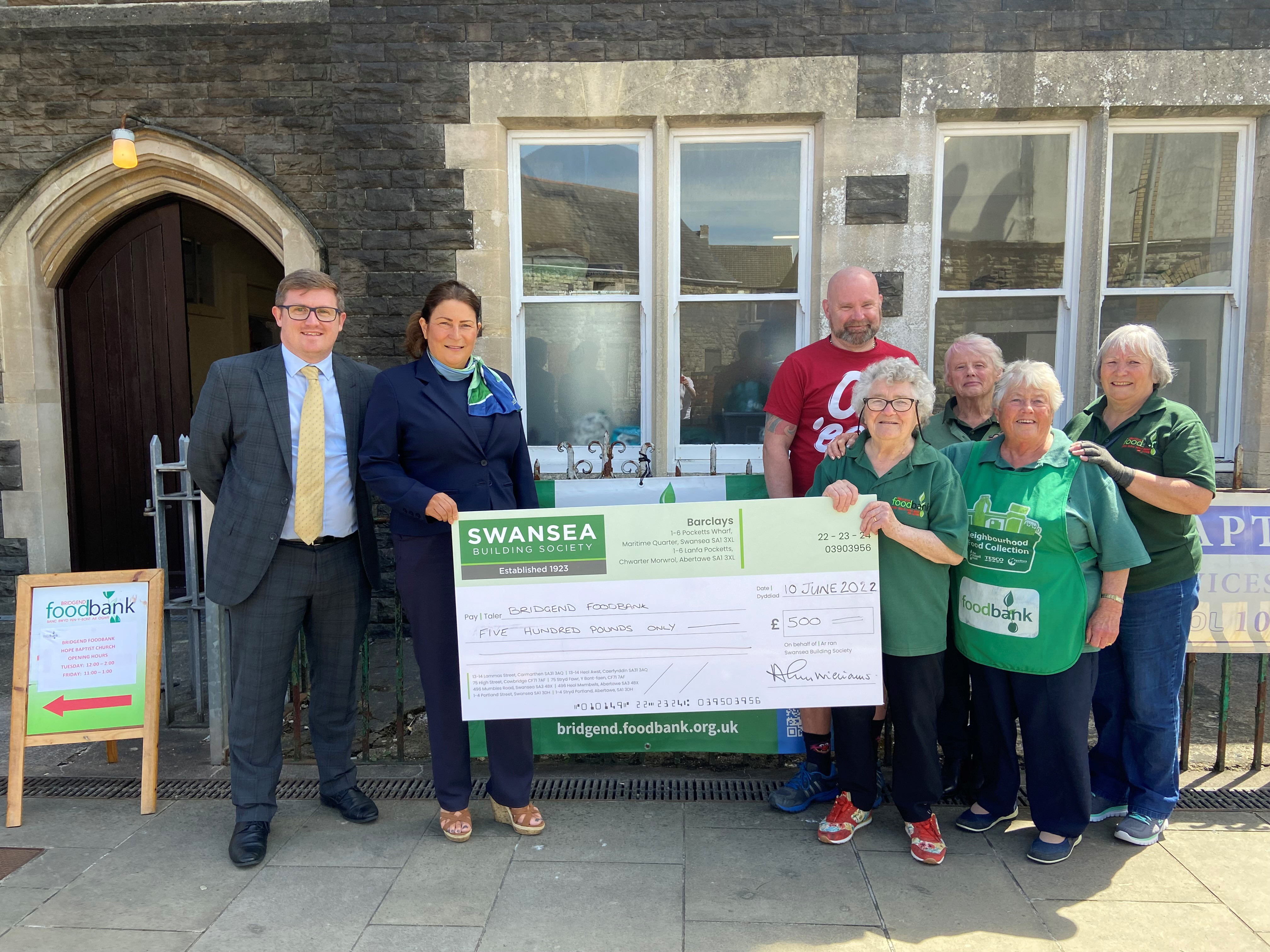 Driven by concerns over the cost of living crisis affecting many of our customers, we have made a donation to five foodbanks across South Wales – a move that also ties in with an important landmark for our mutual.

The Society has donated £500 to each foodbank, a move than mirrors our own achievement, also announced this month, of passing the remarkable milestone of securing £500 million in total assets.

We have made the donations to help the local foodbanks provide vital support to people who find themselves unable to afford basic food and necessities during the ongoing economic issues faced by many in the South Wales area.

The foodbanks which have benefitted from the donations are Bridgend, Carmarthen, Neath, Llanelli and Sketty.

Four of the five foodbanks that received donations from us are supported by The Trussell Trust and are part of a nationwide network of foodbanks working to combat poverty and hunger across the UK. The fifth foodbank, Sketty, is run by the local church.

Our Society has achieved considerable success over recent years, with our total assets, mortgage balances, savings, capital and profits all reaching record highs. Our most recent set of figures has seen us hit the landmark £500 million in total assets for the first time in our 99-year history.

Our Society makes regular donations to local charities and community groups throughout the year. However, on passing the significant £500 million milestone, we decided to recognise our success by making further donations to help those facing financial hardship within the communities we serve.

“We are very proud of the success the Society has achieved in recent years. Passing this incredibly significant £500 million mark in assets is a great achievement for everyone involved in the society – its staff and its members.

“We wanted to mark this milestone by giving something extra back to local communities across South Wales. Current economic conditions are challenging for many people, with many struggling financially and unable to afford basic food for themselves and their families. The work that organisations like the Trussell Trust and Salvation Army do to help those most in need is laudable and we wanted to recognise this with our donations.”

Posted by Swansea Building Society, Nov 01, 2020
The Wales Air Ambulance Charitable Trust has welcomed our £5,000 donation – funds it said are much-needed due to ...

We expand with a new mortgage team office in Monmouthshire

Posted by Swansea Building Society, Nov 05, 2021
We are delighted to announce that we have opened a new office in Monmouthshire to provide a local base ...