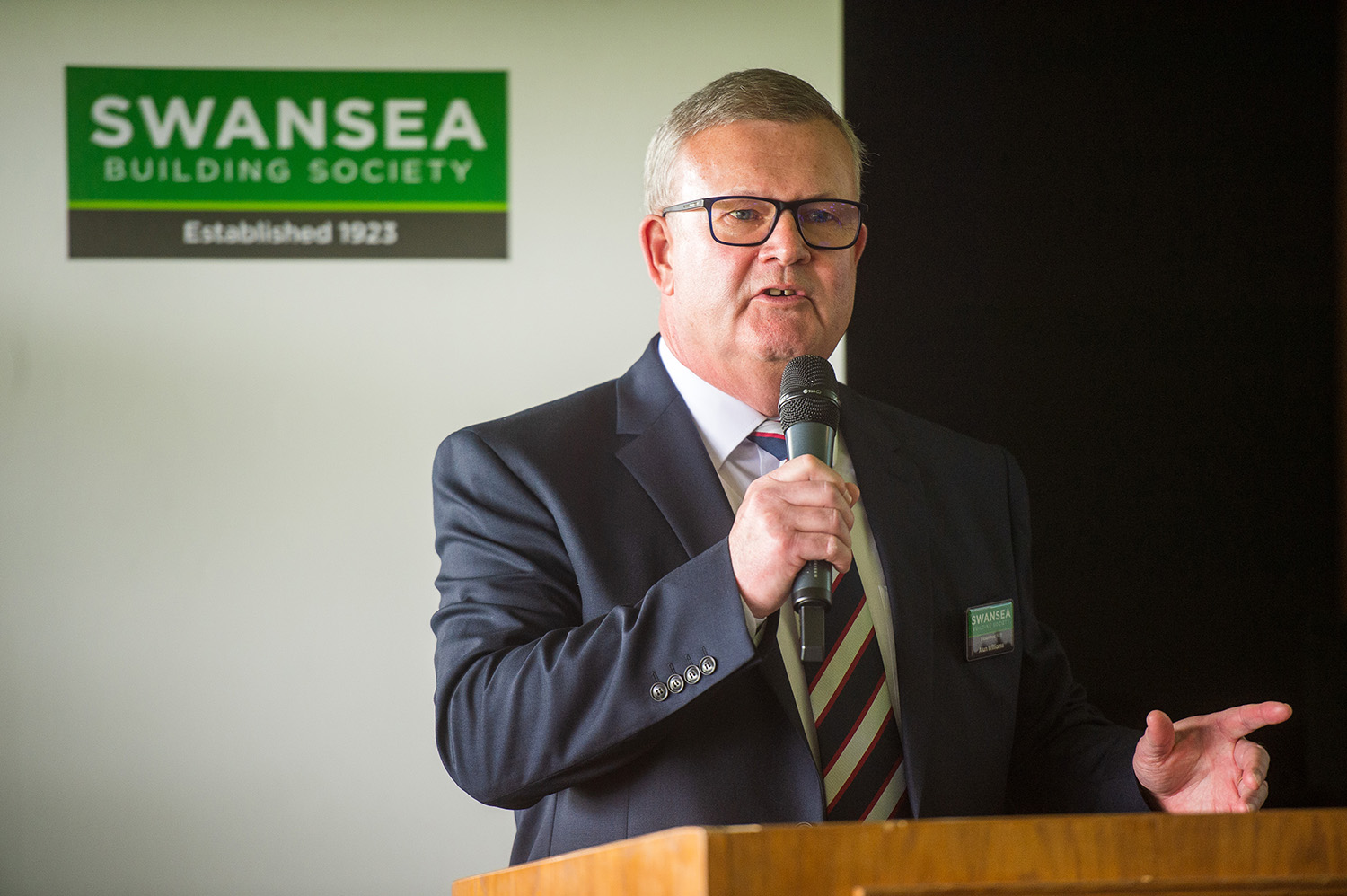 Our Chief Executive, Alun Williams, has officially been named the longest currently serving CEO of a building society, following 21 years at the helm of our Society.

Alun began his tenure as Chief Executive Officer with us in May 2001, following roles as Director of Banking Business at Bank of Wales, and Head of Securities at Williams & Glyn Bank.

When Alun first joined, the Society’s assets were only £34 million. It was widely predicted, back then, that smaller building societies would struggle to succeed independently against a backdrop of increased regulation and the costs associated with operating such businesses.

Within 12 months of Alun joining, however, the Society was the fastest growing building society in the UK. It grew by 35% in this first year and gross lending increased by 48%. Fast forward to June 2022 and the Society is more than ten times the size it was then, with total assets in excess of £500 million.

The news of Alun becoming the sector’s longest serving Chief Executive was confirmed by the archivist of the Building Societies Association. It comes as we gear up for our 100-year anniversary and follows our recently posted record results, sustained growth, and passing of several significant milestones.

Ieuan Griffiths, our Chairman, said:
“Alun’s contribution to the success of Swansea Building Society over the past 21 years cannot be overstated. We all congratulate Alun on these achievements, as well as his new status as the sector’s longest serving Chief Executive. Over the years, he has accrued extensive experience – through a changing financial landscape – and is rightly held up as a shining example of how to lead a small building society towards a level of success that is recognised UK wide.

“Through all this, Alun and the Society has always put the customers first, an ethos, which I think is at the heart of its success. I look forward to continuing to work with Alun and carrying on our good work of widening our geographic reach through further branches.”
Alun Williams, our Chief Executive, said:

“I’m delighted to have been named as the longest serving Chief Executive in the building society sector. During the 21 years I’ve held the position at Swansea Building Society, we’ve weathered several global financial storms, and most recently the pandemic. Through all this time, we have held fast to our ethos of opening and not closing branches, enabling our customers to access our personal, face-to-face service.

“We have also moved with the times and introduced online services for our members, allowing them to access their savings in a way that suits them best. We have also invested heavily in IT infrastructure at our branches, both to make our services more convenient and to increase the security and safety of our systems. We have recently expanded our staff with a number of key hires to maintain the promptness and reach of our services.

“As we move towards our centenary celebration, the Society is in a stronger position than ever before and, though the future is always uncertain, I believe this strength will allow us to help even more people plan their finances securely and get the mortgages they need to buy their dream home.”

We continue to boost our team with another senior appointment

Posted by Swansea Building Society, Sep 13, 2021
We have further strengthened our team with a new senior appointment, as we continue to expand our business and win ...

Posted by Swansea Building Society, Sep 23, 2021
We have recently undergone a brand refresh with an updated logo and a new-look website as part of our continuing ...

Our £2K donation will help keep beachgoers safe this summer

Posted by Swansea Building Society, Jun 01, 2022
We are delighted to be able to donate £2,000 to local beach lifeguard clubs, Mumbles Lifeguard Club (MLC) and Langland ...